The Jazz Pearls formed in January of 2012 and have been in high demand to provide music for private parties, local restaurants and jazz clubs.  Their repertoire includes swingin' jazz standards, hot latin tunes, funk, pop and memorable tunes from favorite musicals and movies.

You can see the Jazz Pearls perform in restaurants, wineries, and clubs throughout the region, including Seattle, Shoreline, Everett, Edmonds, Mukilteo, Bothell, Kirkland, Woodinville, Bellevue and beyond. 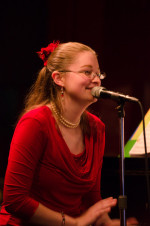 Ashley Webster, a Seattle native, was born with a natural talent and love for music; she quickly picked up the piano at age 9, immediately starting to compose her own songs. A 2005 graduate of Shorewood High School, she learned to play and love jazz through its award-winning jazz choir and jazz band, gracing the stage at Carnegie Hall and competing in the Essentially Ellington Jazz Band Competition in New York City.  At Edmonds Community College, she played with Soundsation vocal jazz group under Kirk Marcy, the jazz band and advanced jazz combos under John Sanders. It was during these pivotal years she began gigging and developing her musical skills and techniques through arranging jazz charts.  She has also been involved with such music groups as: the Jim Cutler Orchestra, MusicWorks Jazz Band, Bellevue College Jazz Band (Hal Sherman, director), the Seattle Jazz Singers (Frank DeMiero, director), and two salsa bands, La Klave 11 and La Salsa Rosa.  For the Jazz Pearls, Ashley acts as musical leader, writing original tunes, arranging jazz charts and...of course...tickling the ivories! 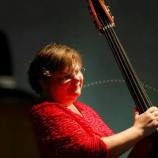 Louise Uriu is the bassist for The Jazz Pearls/The North End Jam Collective, Jazz Night School's  Big Band Blue, and Champagne Honeybee.  She has also performed with The Seattle Jazz Singers, The Rain City Jazz Orchestra (formerly The MoodSwings), The Gary Evans Jazz Collective, several musical theater companies, and is in demand as a big band sub. She attended Mountlake Terrace High School, playing in concert band, jazz band, orchestra and Dynamics vocal jazz, and was a member of Soundsation at Edmonds Community College.  In addition to her musical endeavors, Louise is a devoted volunteer and board member of several non-profit organizations including the Everett Public Schools Foundation, The DeMiero Jazz Festival (board member and Volunteer Coordinator) and the Harborview/Seahurst/Glenhaven Neighborhood Association. 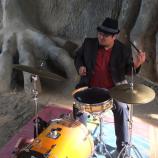 Former members of the band...

Robyn Rydzak played flugel with The Jazz Pearls and is the founder of the group. Music has always been at the core of her life, from playing familiar tunes by ear as a toddler through studying music for a music degree. It has been her first love.  As an adult, she spent several years teaching music in the preschool environment, and has performed in various amateur musical groups. Performance groups have spanned a diversity of genre: orchestras, brass ensembles, church groups, brass bands, pit orchestras, jazz combos and jazz bands.  Robyn is a strong player, who enjoys the excitement and opportunity for creativity of the jazz idiom. It is this later performance environment that has totally captured her interest. The Jazz Pearls was an expression of this new direction.

Heather Thomas is a full time drum set  performer and teacher in the Seattle area, with a Bachelor of Music in Percussion Performance from Central Washington University.  Since moving to Seattle in 2012 Heather has established herself as a presence in the music community in numerous genres and settings; from work in the jazz arena to rock bands and singer-songwriters, she has proven to be a valuable live and session drummer.  She has performed with jazz greats Gary Hobbes, Nancy King, and Terell Stafford, and has released albums with Blake Noble, Susy Sun, The Dolly Rottens, and Nick Foster.  Heather is currently the drummer for and on tour with Mary Lambert. You can see Heather perform with Mary Lambert in her latest hit video "Secrets", and recently performed with Mary on national TV "Live with Kelly and Michael."

Morgan Gilkeson hails from Seattle and has been playing drums since her sophomore year at Mountlake Terrace High School. She received a scholarship to attend Central Washington University's renowed jazz program.  In her years of playing, she has had the privilege of sharing the stage with many greats, some of which include Benny Green, Terell Stafford, Dawn Clement, Christoph Luty, Tamir Handelman and Ingrid Jensen.  Morgan has studied with some of the great drummers of our time, Jeff Hamilton, Jon Wikan, Matt Wilson, Garey Williams, and Gary Hobbs just to name a few.  In the greater Seattle area she has played at prestigious clubs and events in groups such as The Jay Thomas Big Band, The NW Gospel Big Band, and The Jazz Pearls Quartet.  She is currently the drummer for SWOJO - The Seattle Women's Jazz Orchestra, and is the founder and organizer of Seattle's hottest open jam "Mo-Jam Mondays" at The Nectar Lounge. 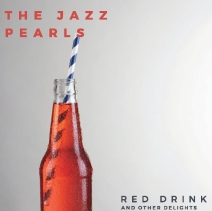